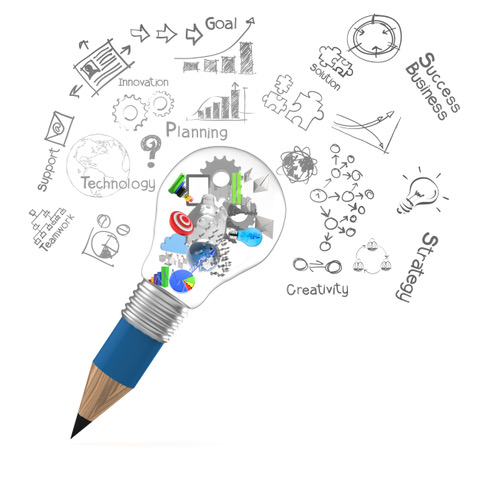 Are you feeling like you are a small part in an engine that goes around and around with greater and greater pressure being applied through the constant application of various new systems typically entitled: Management Systems, Health and Safety Systems, Financial Platforms, Environmental Management Systems, Standard Operating Procedures, and so on? Are you getting an impact less than what you expect on the programs your company implements? If the answer is yes, then you are not alone. According to Margaret Wheatley (a leadership guru),

“Why does change itself, that event we’re supposed to be “managing,” drown us, relentlessly making us feel less capable and more confused?”

The purpose of this paper is to provide a brief discussion on four key areas within strategic planning. Namely:

1.     Why policies and programs designed solely to complete a task will paralyze an organization while those activating the inner spirits of the people who deliver them and customers who receive them can greatly increase their impact.

2.     What are the rewards of engaging your personnel in a much deeper way to create an environment of inspiration and success over the long-term?

3.     How are best management practices (BMPs) misapplied in jurisdictions unlike those where they were successfully developed within?

I clearly recall taking on a new position and on the first few days found myself in a workshop with other leaders to address the deplorable working conditions and poor morale of their departmental workforce. The workshop was facilitated by an experienced professional in human resources and culminated with everyone having to sign, or resign, contract expressing their willingness to strive towards turning things around. A number of weeks later after realizing the extent of the poor working conditions and their effect upon the personnel after many years for many, working in them, we received this transformational report.

It summarized the elements of the workshop and drew up a draft plan on how to address the shortcomings. As a leader and contributor, I was asked to provide my input. We had a table of “audacious” programs to facilitate this turnaround; however, the resources column remained ominously blank. After a number of weeks later, the final report was received, and my concerns were confirmed. These programs would have to be completed within existing budgets. In other words, there were no new operational resources to handle the workload of personnel already working beyond a standard workweek.  Could you imagine the comments I received from personnel when I told them, in their poor state, that the changes in the organization would have to be carried out by all of us regardless of the inadequate resources and having the existing required services increased?  And further, pressure was brought to bear to discipline non-performers with working conditions and equipment less than what was needed to do their work. Obviously, the result was academic and despite courageous efforts and long hours by many greatly improving operations, they failed in the long run.

So, what was the problem?  Were the resources needed?  Did the staff members have the capacity to take on this additional work? Why would the top leaders lay down such a doomed-to-failure path? Why have these questions not been asked before the decision to proceed was made? Perhaps it was more to do with putting tasks ahead of people, something I had learned long ago in my first management position where my staff almost mutinied after I rewrote the system of policies and procedures in my engineering way back in 1996. Interestingly, I think most leaders already know the importance of engaging their staff members and working with them intimately to create an environment of success; however, the common result is echoed by William Bygrave where

“… how many management theorists either were engineers or admired that profession, from Chandler to Porter – a lineage that continues to present. There has been a close connection, he writes, between their engineering training and their attempts to create rational, structured approach to organizations”.

I am now a firm believer that such systems are the root cause for many of our struggles as noted above and I have moved on to developing systems as an art form that include greater interdepartmental collaboration and inclusion with a focus on co-creating implementation plans with recognition systems that reward preferred behaviours, that consider the conscious level of personnel that are delivering the program out to the customers, and consider the values and goals of the personnel individually.

Unlike an engineered system where components are predictable as designed according to their own material properties, humans are much different with varying levels of conditioning through culture, education, religion and so on.  If you look at a human as a component to an engine, it would have the power to completely de-energize the system upon start-up or shine brighter and produce energy like you’re never seen, energizing all other components all depending upon how that human component was treated, how they trained, and how they were motivated. An approach that puts the person before task understands that the person, when treated with respect and concern for their welfare and ambitions, will be a shining example of your company caring and that will resonate out to your customers.  Your personnel will go beyond themselves when truly engaged in all areas of an organization when motivated for the long run.

We loosely term a seemingly successful group of policies and procedures as best management practices (BMPs) typically from within a particular “developed nation” based on their own culture and laws. Sometimes “developing nations” with a completely different culture adopt such disconnected BMPs within their own jurisdictions with little understanding of the many years of development within the cultures of the nations that generated these BMPs not to mention the many differences between countries located all over the world.  When the systems are not successfully implemented, finger-pointing begins and then it becomes more defensive about saving face, or reputation resulting in efforts to fit what we term as a square peg in a round hole.

Don’t get me wrong about trying to avoid duplicating effort to advance faster when another organization has already carried out the work. I do believe in identifying and validating BMPs and then with a review through a procedure to acknowledge a local culture and systems and to adjust the best aspects of the BMPs accordingly to suit and implement them in a very careful graduated way.

Having chats with numerous executives and with my own experiences, I now realize the importance of having – as a leader – a lateral understanding of an organization where the finance, human resources, administration, operations, legal, etc. departments are intimate parts of a successful organizational policy or program, by having their mandates incorporated within. Additionally, of great importance, is having the experience of not only developing those policies and programs, but also implementing them as well.  The feedback experience is essential especially from those directly, or indirectly involved both with delivering and receiving the related services. It takes years of direct experience in these regards to clearly sense what it takes to gain the respect and support of those involved and even more importantly, what inspires them to go forward with technically efficient and state-of-the-art comprehensive policies and procedures. Otto Sharmer writes,

“If we see leadership as the capacity of a system to co-sense and co-shape the future, then we realize that all leadership is distributed—it needs to include everyone.”

I am hearing again and again that the impact of a major new initiative is less than expected. I have learned, in part, that one of the key elements is how your front-line staff members and/or your customers who see the results receive a new policy. Margaret Wheatley in her books “Leadership and New Science” that I am currently reading articulates this well with “Why do many organizations feel lifeless? Why do projects take so long, develop ever-greater complexity, and yet too often fail to achieve any truly significant results?”

I would like to leave you with the following considerations:

·      Engage your staff members in developing new initiatives at all times.

·      Honour their diversity and incorporate that diversity into your new policies and programs in a meaningful way.

·      Implement your strategic plans with patience, sufficient training, and one step at a time to build on success that transforms.

·      Keep your plans as “living documents” making constant adjustments along the way to gently bring your personnel along.

·      Ensure there is capacity within the organization to absorb these additional demands and if not, make sure the resources are there to help with constant follow-up until the culture change as fully occurred.

·      View every member of your staff as someone with an evolving life with varying experiences that inspire them as they grow in consciousness and if you can tap into that passion, you will have a much better employee.

·      If you’re a developing country adopting western world best management practices, be very careful and spend much time focused on real training with the right resources in place to make the changes happen and make sure the policies and programs honour and incorporate local cultural realities.